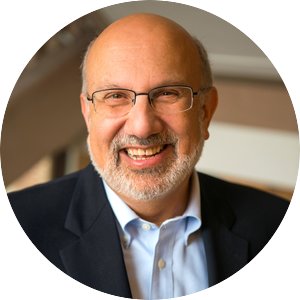 Allen Levine is Professor Emeritus of Food Science and Nutrition. Prior to this he served as Vice President of Research at the University of Minnesota, Vice Provost for Faculty and Academic Affairs, inaugural Dean of the College of Food, Agricultural and Natural Resource Sciences and Head of the Department of Food Science and Nutrition. He was the Associate Director of Research and a Senior Career Scientist at the Minneapolis VA Medical Center for 26 years. He also founded the NIDDK-funded Minnesota Obesity Center and was its director and principal investigator for 20 years (1995-2015).

Dr. Levine’s research focus for over 40 years has been on the neural regulation of food intake, particularly related to the opioid peptides, oxytocin and neuropeptide Y. He and his colleagues have published extensively on the brain circuitry involved in the rewarding properties of foods. He has published 315 scientific papers and over 100 review articles, editorials and book reviews. His current career H index is 99 (google scholar). He has received recognition for his research efforts: American Society of Nutrition (Mead Johnson Award and Fellow), the American College of Nutrition (Grace A. Goldsmith Award), the Obesity Society (Fellow), the American Psychological Association (Fellow), the American Association for the Advancement of Science (Fellow) and the Society for the Study of Ingestive Behavior (Career Award).
Dr. Levine has also been president or executive director of six non-profit organizations. Most recently he was president of the Obesity Society (TOS) and served on its executive committee for four years. He was also president of the Society for the Study of Ingestive Behavior (SSIB) and also served as its treasurer. While at the VA Medical Center he was involved in the establishment of the Minneapolis non-profit VA Research Association and served as its executive director. In his private life he served as executive director of the Chamber Music Society of Minnesota, the president of the Jewish Community Center of Greater St. Paul and the president of the St. Paul Jewish Federation. He is currently on the board of the Minnesota State Fair Foundation.

Allen Levine has extensive management and leadership experience in his administrative roles at the University and VA Medical Center. As Dean of the College of Food, Agricultural and Natural Resource Science, he was responsible for a 170 million dollar budget of 11 diverse departments related to agriculture and environment. He established this new college merged from 2 colleges forming a new development organization as well as hub-like personal, finance and information technology units. As Vice Provost, he reviewed and approved promotion and tenure for 120-140 faculty per year. He also worked with Deans and administrators on conflict management of faculty. He led a program in the training and leadership development for department heads. The most comprehensive position was Vice President of Research. In this position Dr. Levine oversaw the 900+ million dollar research budget of the University of Minnesota. This unit has 600 individuals who manage sponsored projects, animal use, human studies protection and 8 interdisciplinary centers. Dr. Levine was also deeply involved in communications and marketing of university research. As part of the President's cabinet, he was one of five individuals who forwarded the annual budget recommendation of the 2 billion dollar university budget to the President. The President's cabinet also advised the President on all university issues including athletics, development and litigation. As Vice President, Dr. Levine regularly reported research data to the Board of Regents.

Dr. Levine has also consulted with a variety of food and pharmaceutical companies, generally related to the obesity epidemic. He has advised on drug development and development of healthy/low calorie foods. Allen Levine has lectured and led groups related to leadership development (Dannon Institute and university faculty).